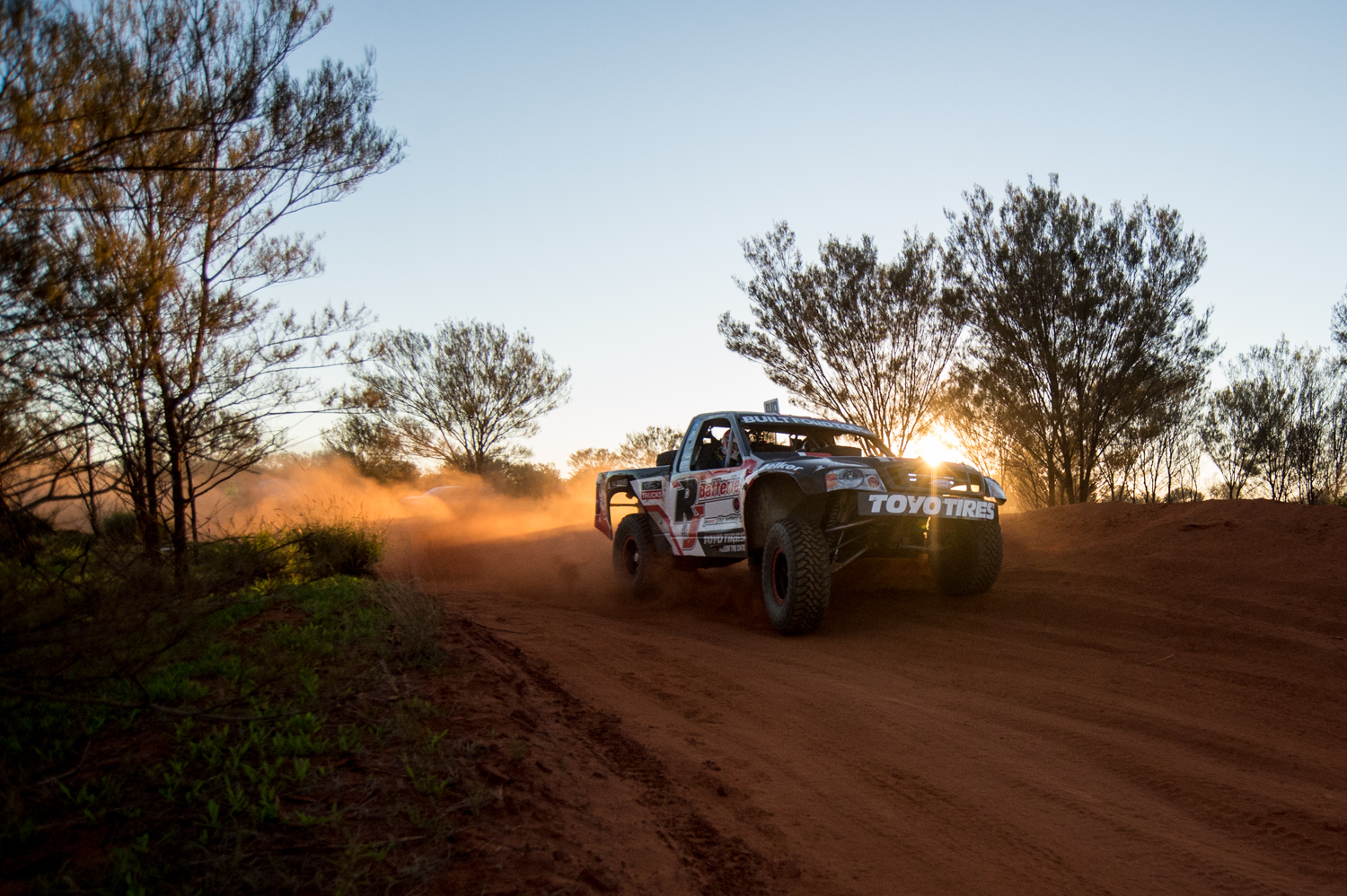 The desert takes its first casualties as Team Toyo pushes to the front.

Howling race cars shattered a cool and calm Alice Springs morning, launching from the Alice Springs start line as day one of the Finke Desert Race got underway. 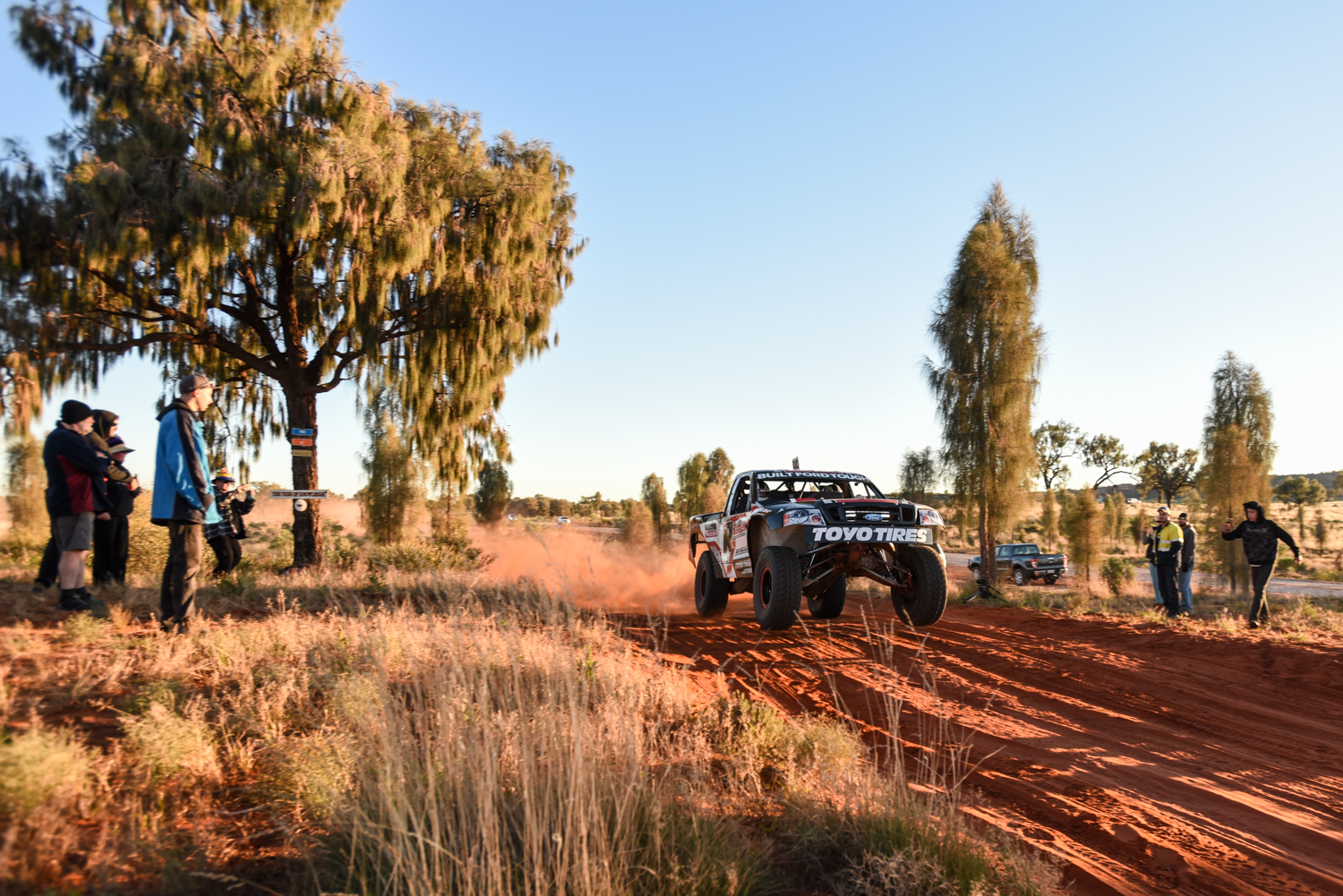 Sixth off the line in Alice Springs, Greg Gartner pulled in the sixth fastest outright time on the first leg. Running a 1:53.20, the time puts Greg less than three minutes off the front running turbo buggy of Glenn Owen. 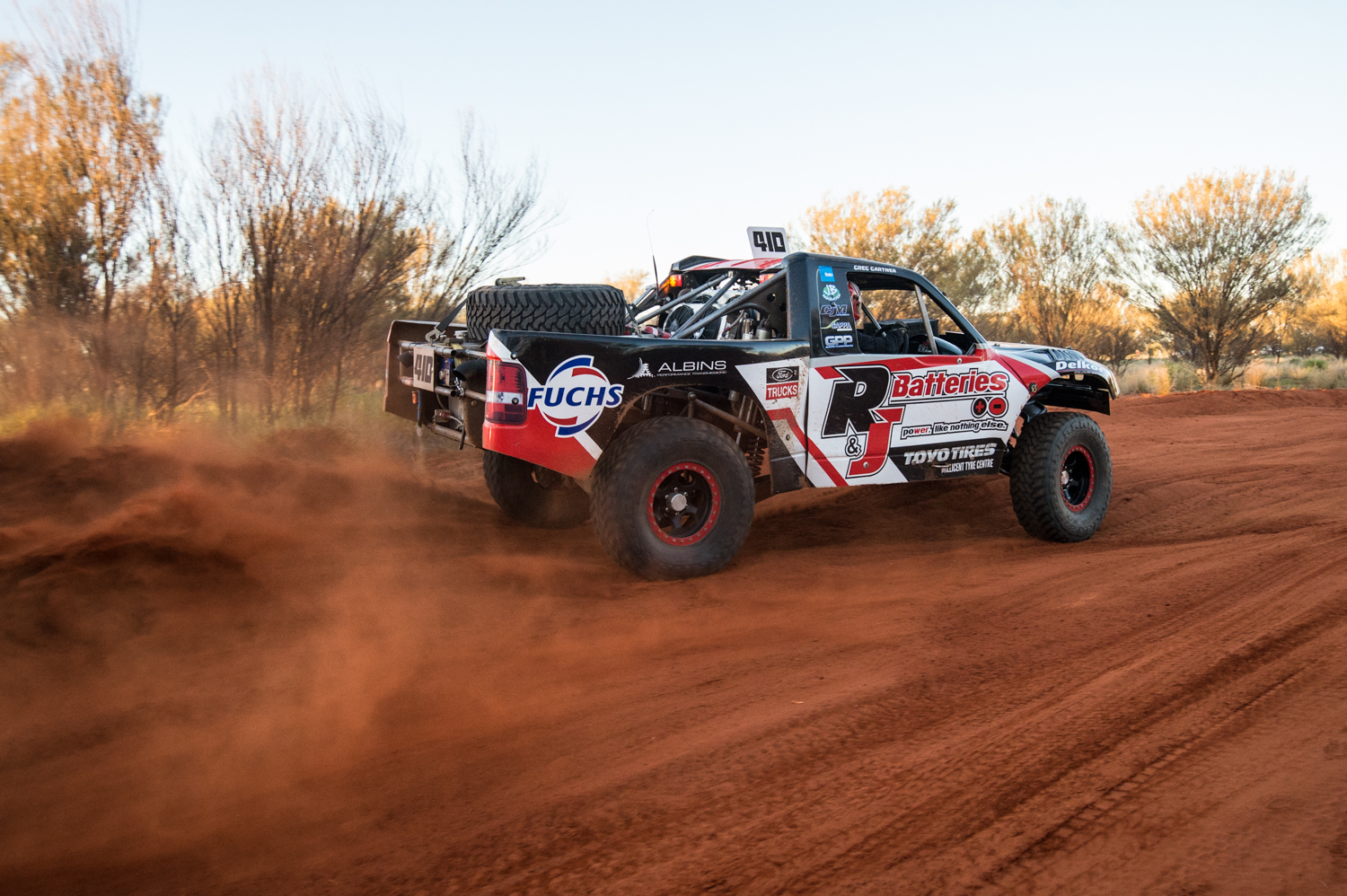 In 12 years of racing The Finke, Greg said he has never seen the track this rough, something he thinks might give the trophy trucks the edge over the turbo buggies.

“The roughness certainly brings the trucks into their own, especially in the whoops” said Greg. 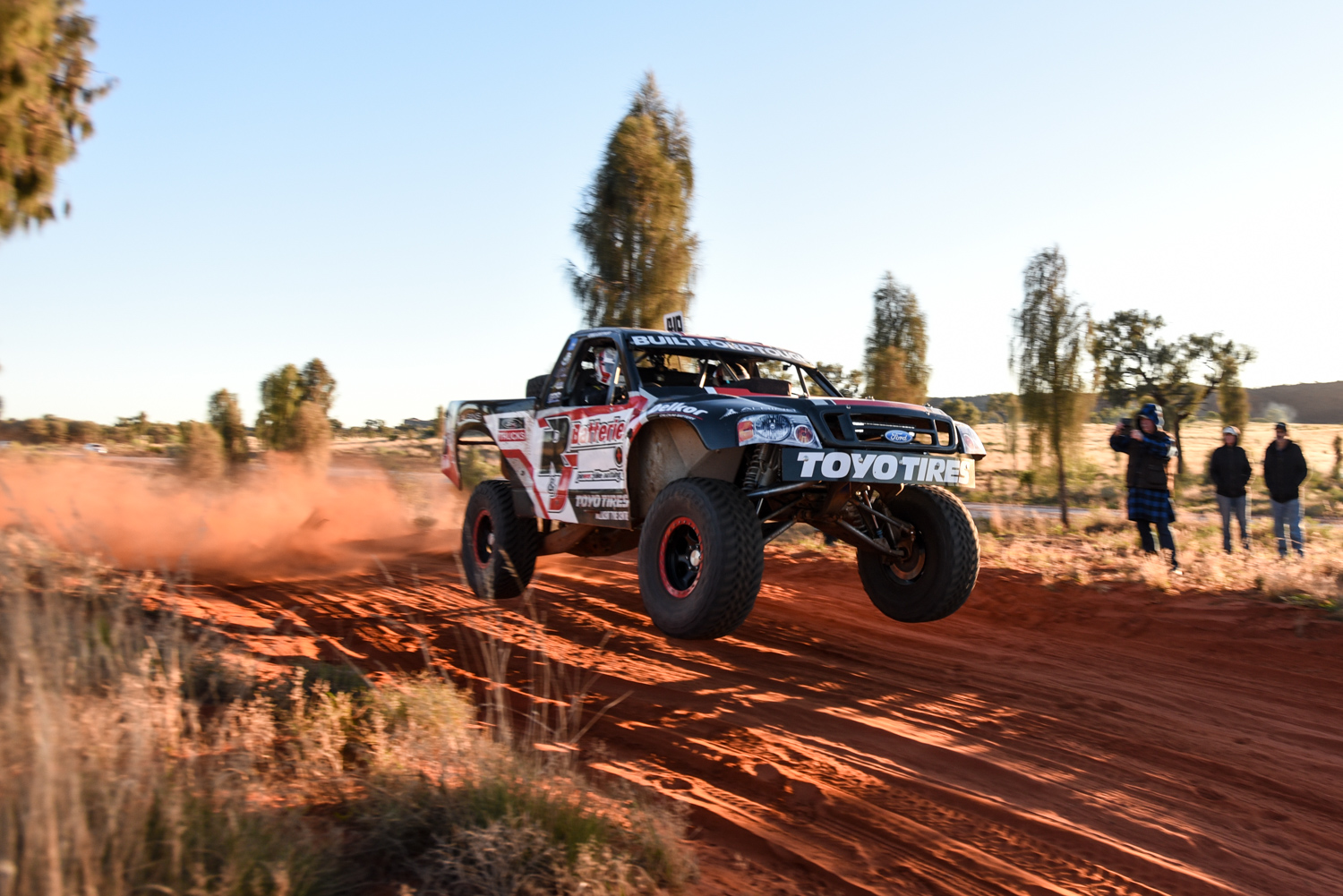 With arriving intact the goal of the day, the #410 team resisted the red mist and proceeded with caution.

“We were reasonably reserved on the run down. The track was boggy and needed a lot of power so we needed to go easy on the throttle in parts just to save fuel,” said Gartner. 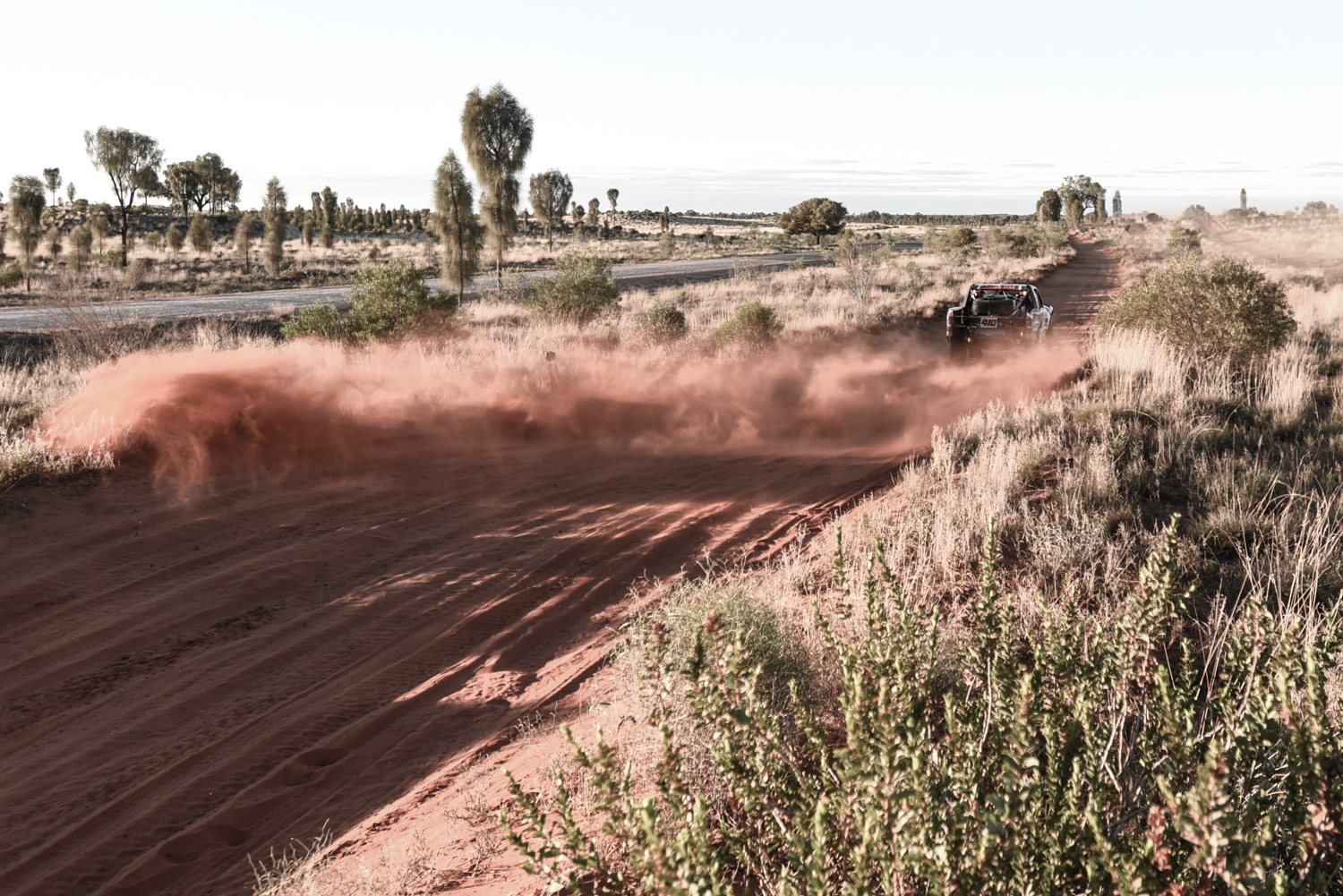 With access to timing limited in the remote Apatula community, Greg was unaware of the small gap between him and race leaders until interview via satellite phone. Greg downplayed his chances in trademark style.

“Really? That’s pretty exciting. We’ll have to keep an eye on that. We’ll push pretty hard on the way home. The truck is prepped and perfect. We’ve got a bit left in it yet.”

With strong sector times through Alice, Deep Well and Rodinga, Danny Brown and the #42 turbo buggy failed to pass the halfway point at Bundooma. 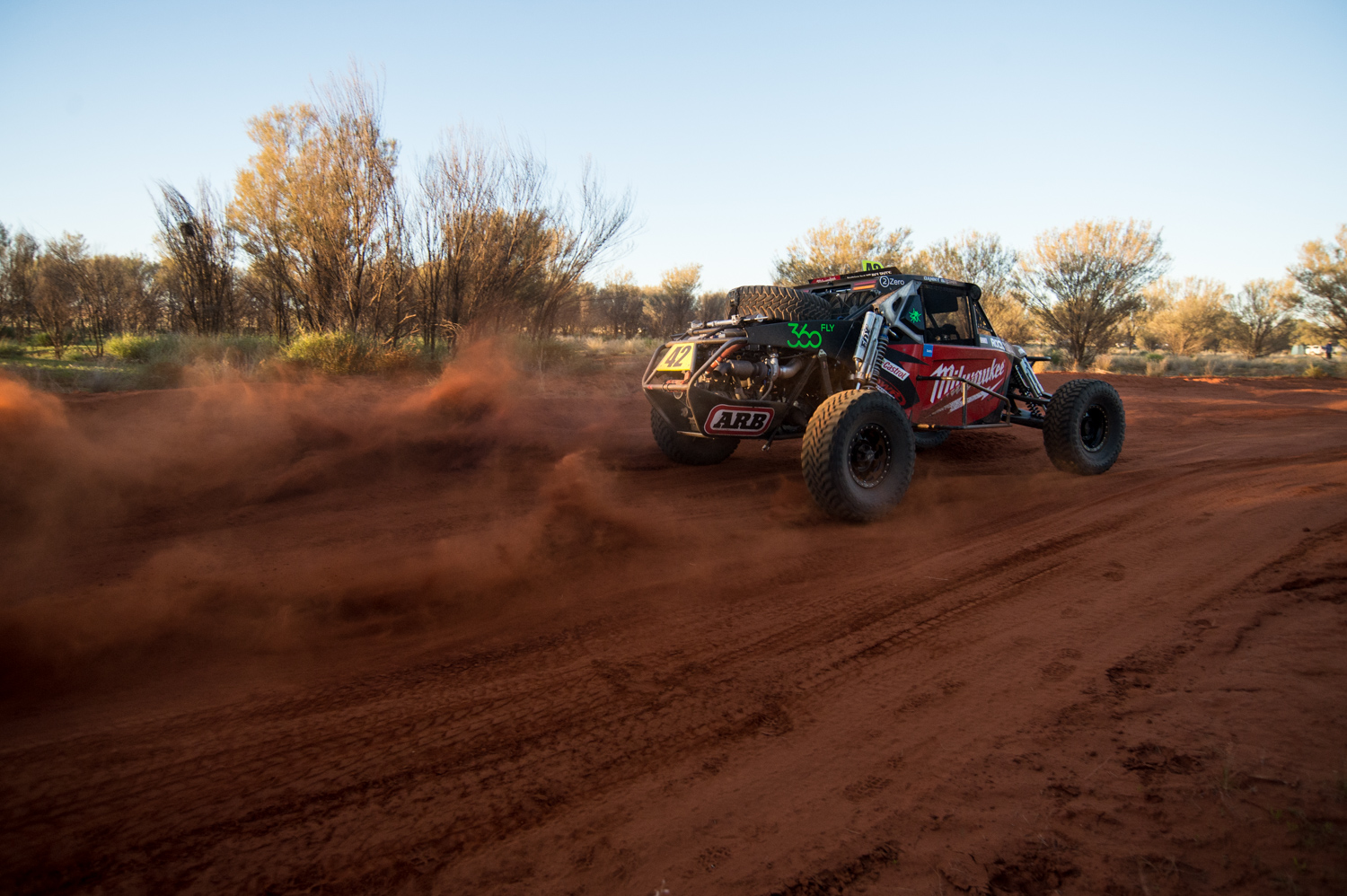 Recording a DNF for the race, Danny adds a second consecutive notch of Finke misfortune to his belt. 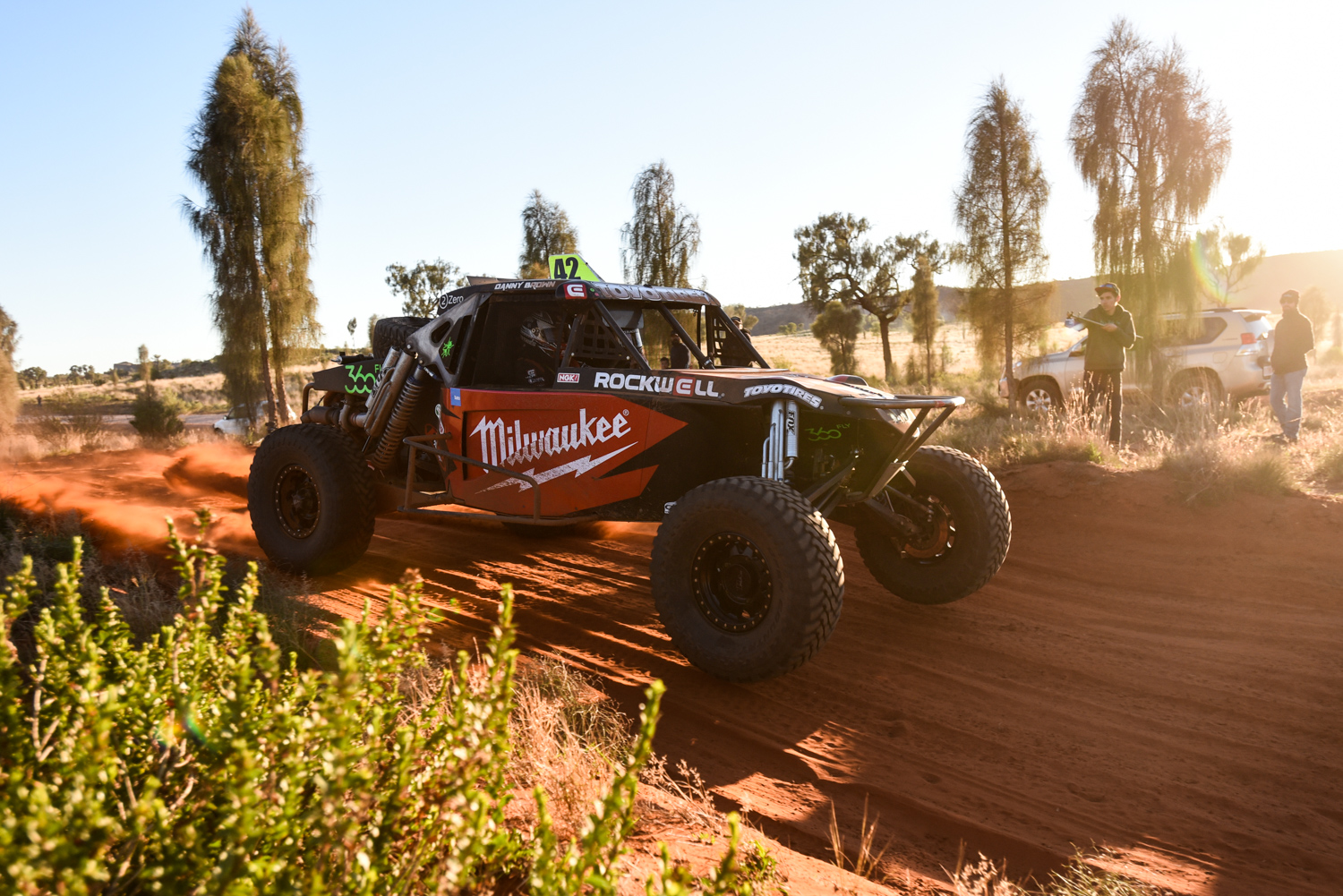 The Wheels BT-50 still wearing its NSW number plates ran strong all the way to Finke. 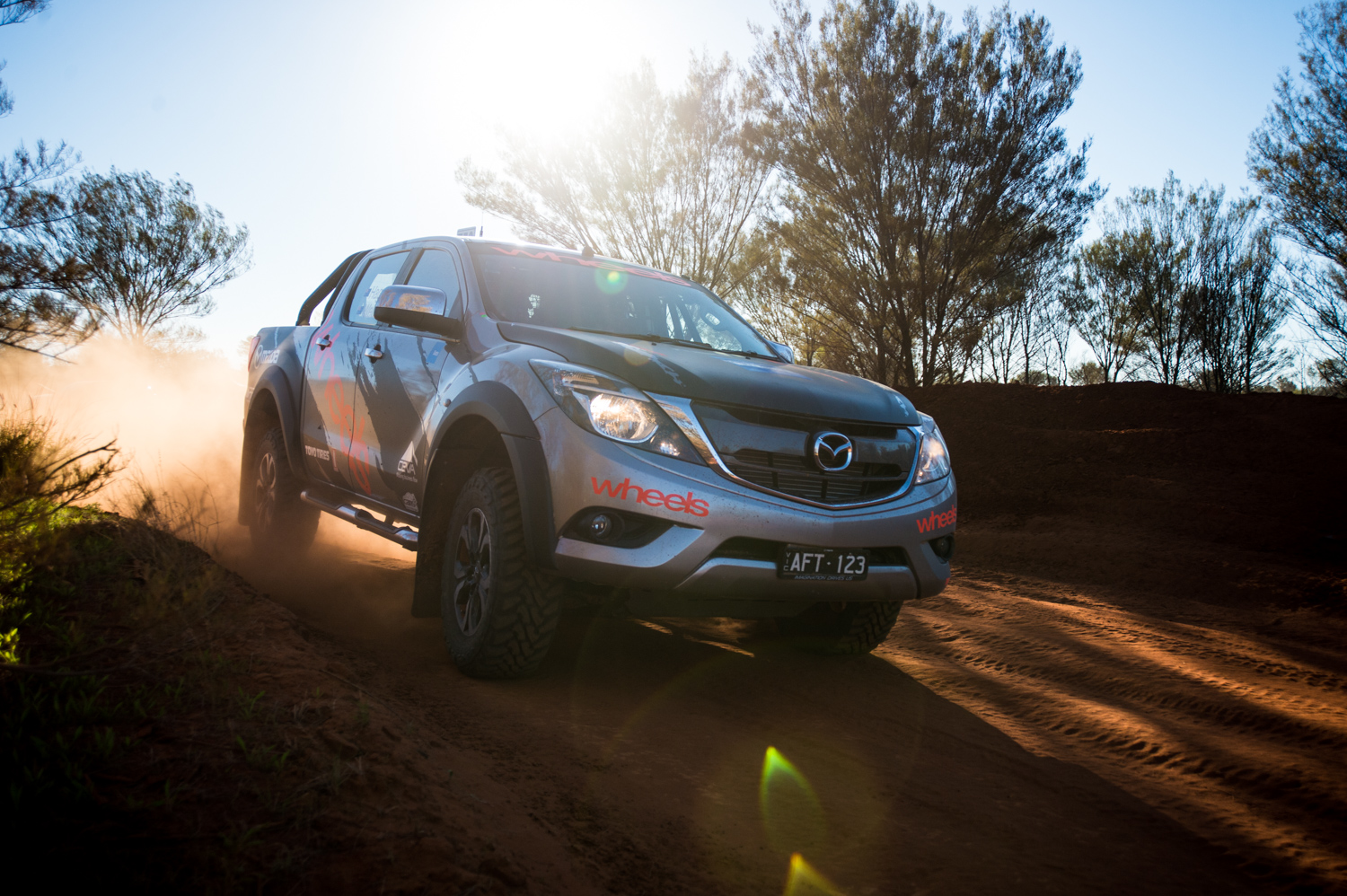 Fourth in the production 4WD class, the #750 ute ran ahead of vehicles far more modified. The rough surface put the factory Mazda and its occupants to the test. Driver Toby Hagon said the pace notes indicated just how difficult the surface was.

“80 pages of pace notes, but it’s not about where to turn, it’s not about getting lost, it’s all just advice about the terrain, and how bad it is,” he said.

“It’s the only event I’ve ever seen where ‘rough’ means good. We’ll be flat over those bits, but from there it goes to ‘bumpy’ and then ‘whoops’.”

The BT-50 is being prepped for the return, with the 3 hour 53 minute and 55 seconds just qualifying the entry to compete in the return run. 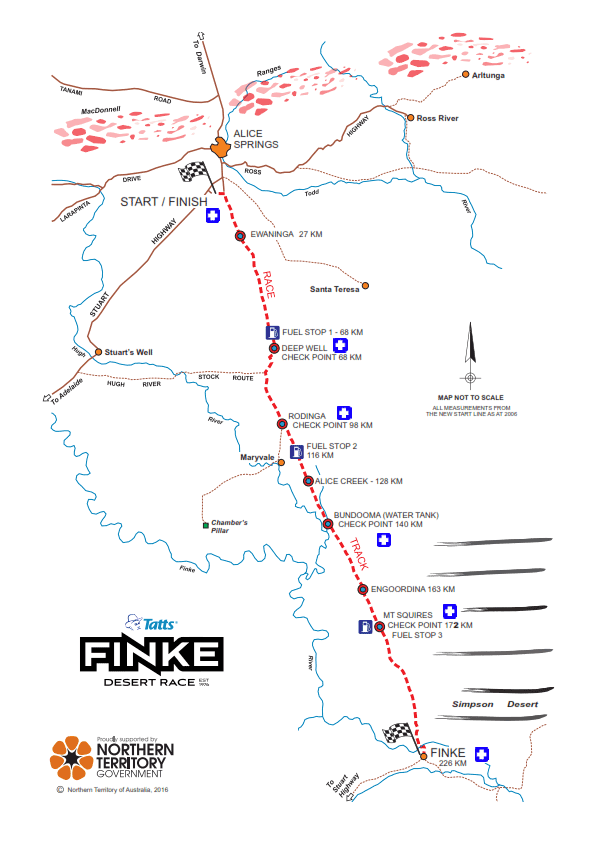